END_OF_DOCUMENT_TOKEN_TO_BE_REPLACED

Let’s face it, people playing computer games against each other is nothing new – gamers have been doing this for decades. However, in the past few years things have notched up a gear or two and the gaming landscape is changing in a big way.

Welcome to the world of esports.

Esports, aka ‘electronic sports’, are organised online video game competitions that are played between various players and teams for prizes.

Think about football players on the pitch, and translate that over to gamers at their computers, linking up together, and you get the picture.

This might have started out in living rooms, but with the market flooding of mobile devices and high-speed broadband, things have really ramped up. As well as people playing at home on consoles and pc’s, massive esports tournaments are now taking place around the world in sell out arenas with large crowds attending, as well as watching online. 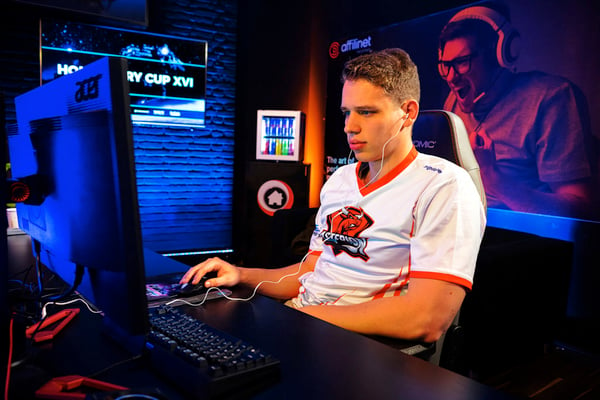 A recent report from Goldman Sachs, estimates the global monthly audience for esports will reach 167 million people in 2018, and by 2022, that figure could be closer to 276 million.

It doesn’t stop there. Due to the staggering popularity of esports some of the world’s biggest sporting bodies are now getting involved. Competitive gaming is scheduled to be a medal event at the 2022 Asian Games and the organising committee for Paris 2024 is considering adding esports as a demonstration event at the Olympics.

Josh Raven, esports editor at CLICKON Media, comments, “The popularity of esports has been building over the past few years and we are now seeing a worldwide phenomenon. The more people playing games online, the more the esports industry is brought into the mainstream. We think the most recent surge in popularity could be partly due to the uptake of the massively popular game, Fortnite.  Up to 100 players battle in an ever-closing world and the winner is the last person or team standing. The Overwatch League has been branching out to mainstream audiences and it was pretty surreal to see the K/DA – POP/STARS characters open the 2018 League of Legends World Championship on stage in South Korea.”

He adds, “Things don’t stop at video games, traditional sports teams such as Man City, West Ham, Miami Heat, and the Philadelphia 76ers are getting involved and setting up esports divisions. I also think that Twitch.TV has had a role to play in popularity and thanks to stars like Mesut Ozil and Dele Alli streaming onto the platform, it has really drawn sports fans in.”

While not everyone agrees that esport is a true sport, there is no denying that they are a massive opportunity for brands to connect and engage with their audiences and build long-term loyalty.

Richard Wilson, CEO of CLICKON, says, “We are operating in fast-changing times and brands need to act smart and fast when it comes to capturing the attention of consumers. With millions of people around the world jumping on the esports trend, we have a whole new world in which to engage with target audiences. Like all forms of marketing, they don’t want spam and fake news, they are too savvy to fall for that anymore. Brands need to offer authentic content that will make someone want to be a part of their tribe, and stay with them for the ride.”

He further comments, “As we see esports taking the stage at major iconic events like the Olympics, they are only set to get bigger and better and if you want to win in advertising, you need to get involved. We think that esports content will continue to grow in value as audiences and engagement increases, and there will be a growing number of opportunities to target a captive audience and build a true following.”

Our in-house divisions, Studios, Social LABS and Digital Networks foster unrivalled speed of delivery and reporting efficiencies for clients who need to respond faster in the digital era.

Our own channels ensure we are at the cutting edge of audience behaviour and trends when consulting and advising with clients. With offices across London, New York and Los Angeles, CLICKON is the missing link for partners looking to scale digital marketing with tangible, visible results.