END_OF_DOCUMENT_TOKEN_TO_BE_REPLACED

Jean Monnet, Robert Schuman, Konrad Adenauer; all names of distinguished elder statesmen who made a significant contribution to the cause of peace and unity in Europe. We'd like to suggest an addition to the list, Wally Parr. Wally never made it to the corridors of power, in fact he was a window cleaner from Catford. But one pitch black night in 1944 Wally Parr crash landed from the skies over France and into the pages of history.

Wally was modest about his achievements. His son Barry only learned the truth when he was twelve and his father took him to see The Longest Day. As the epic story of the D-Day landings unfolded in front of them, Barry's father gripped his arm tightly. Barry tried to speak to him, but soon realised Wally's mind was elsewhere. The streets of South London seemed to fade away and Wally Parr was, once again, a twenty-two year-old soldier fighting for his life on Pegasus Bridge.

June 6th, 2019 marks the 75th Anniversary of the D-Day landings. This day also sees the 25th Anniversary of Eurotunnel Le Shuttle, who have commissioned a film following Barry Parr on his journey back to Benouville, Normandy, where his father's glider landed in 1944.

The title 'Ham and Jam', refers to the codenames of the Caen and Orne bridges which Wally and his comrades from the Oxfordshire and Buckinghamshire Light Infantry (The Ox and Bucks), were tasked with holding. Barry is accompanied on this journey by his grandson, Jack. 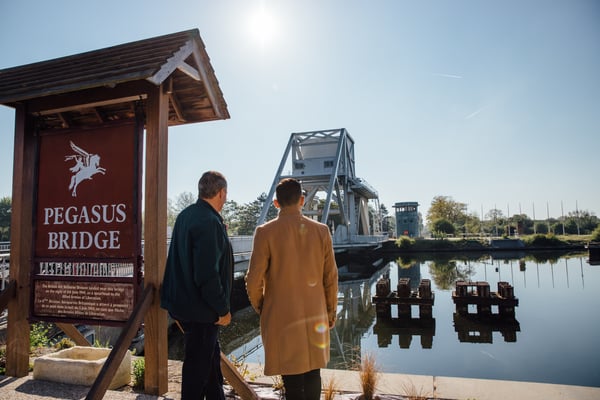 Jack Phillips is the first of his generation to visit Pegasus Bridge and, although he has always known about Wally's involvement, he was unprepared for just how vital his great-grandfather's role was on that momentous day. Barry and Jack walk with us in Wally's footsteps. We get to see where the glider crashed into the ground that pitch black night, and where the soldiers were plunged into the middle of mayhem. Under heavy fire, they fought their way to the bridge and Wally crossed it firing his Sten gun. His good friend, Lieutenant Den Brotheridge, was cut down but Wally and his comrades had to carry on. They faced tank and machine-gun fire but managed to take and hold the bridge until Lord Lovat and his Commandos arrived the following day.

Barry Parr has come back to Normandy many times, but reflects that the band of brothers who stormed Pegasus Bridge are now nearly all gone. It's their sons and daughters, many now in their seventies, who keep the memory alive and pass the torch to the next generation. It's not just the memories of a military victory which draw them back; it's the friendships between liberators and liberated which have endured, and get stronger with the passing years.

Those friendships began with simple things. When Wally Parr fought his way across the bridge, he came across a young girl cowering in a cellar. He gave her a hug and a bar of chocolate, neither of them forgot that moment. There were many men like Wally, many moments when a shared humanity overcame the horrors that surrounded them. The bonds they forged are too strong for any political upheaval to push them apart. 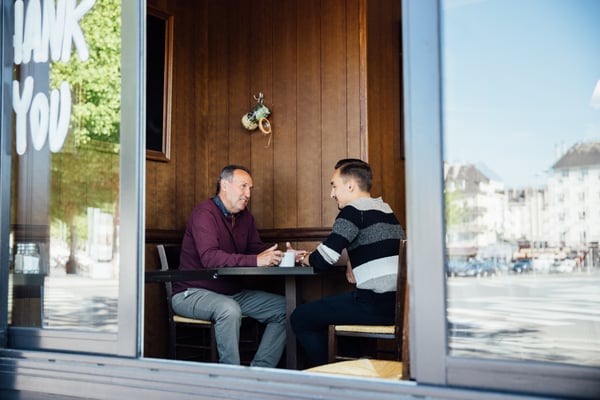 Jack Phillips is inspired by his grandfather's pride and passion to make sure Wally and his comrades are never forgotten. As he surveys the massed ranks of tombstones in a military cemetery, Jack is not just thinking about the deeds of a faceless army, he is thinking about Wally Parr and what he did to change history.

"I'm really looking forward to sharing this experience with my family and my friends", Jack says.

"Not everyone understands the individual impact of each person on D-Day. The number of people who lost their lives so we could have what we have today. It really makes you think, what am I contributing to the next generation?"

After the war, Wally returned to Catford and settled down with his wife, Irene to raise his family, but the people of France had a hold on him which he could not shake off. He moved there in 1991, only returning to England just before his death in 2005.

Eurotunnel Le Shuttle and CLICKON are proud to help Barry and Jack share Wally's story, so that others will be inspired to visit the sites where so much was sacrificed for the freedom of Europe.

What Does An 'Always On' Approach Look Like At CLICKON?